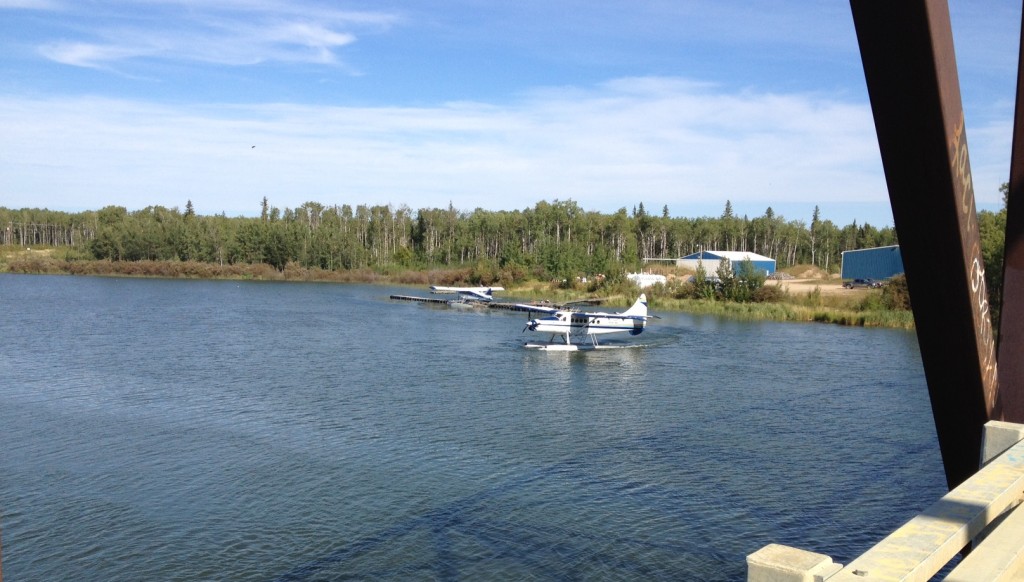 If you want to work flying a big piece of aluminum in Canada then you pretty much have to do a time-building apprenticeship at a little airline up north. How far up north? Well, as a senior WestJet pilot once said to me: “So far up north that Timmins seems like it’s located in the balmy south.”

Which is precisely the reason I found myself in northern Saskatchewan last autumn working for a small airline.

The understanding when I took the job was that I’d be working as a dispatcher for a few weeks, maybe a couple months, until a spot on the flight line came open. It soon became apparent, however, that a few weeks was, in fact, going to wind up as six or seven months.

I have a wife and two young kids who remained in southern Ontario. We did the math and quickly realized that the cost-benefit analysis of me working 3,500 kilometers northwest wasn’t working for us. It was one thing to absorb the immense challenge of being away, and the load my absence put on my loved-one, if I was flying and building time. It was quite another to spend a winter in the near-Arctic behind a desk or fuelling airplanes. To make a long story short, two months after I started, I pointed the Edsel south-east and a three-day drive later, was happily back in Kitchener.

Those two months, however, were as rich as they come, and I wouldn’t trade them for anything. Met some great people, some remarkable characters and some terrific pilots. Bear, moose and deer sightings were as common as New York taxi cabs. And frankly experiencing the culture of a small, northern operator is something every Canadian pilot needs to witness first hand. You will see some things you won’t see everyday at CYYZ.

It’s a Friday afternoon. All the flights are back. The airport is dead quiet. I’m standing in the reception area with a remote in my hand, at the tail end of a day on the dispatch desk, staring up at the television in the corner and watching CBC news, killing a few minutes before I lock up and close.

I now am figuratively hanging onto the ceiling tiles by my fingernails, trying to figure out (a) what the noise and (b) where it’s coming from.

I turn, in a near panic, my heart in my mouth, and there, standing outside, knocking on the window, is one of the senior pilots — let’s just say his name is Ron — and he is holding in his left hand a coyote by the tail, dripping blood, and in his right is a hunting rifle. He is looking at me through the window wearing a cat-ate-the-canary grin.

Here’s the thing. In a lineup of people to play Daniel Boone, I’d be the one in Doc Martins,, designer glasses, sipping a dark-roast latte. My idea of wilderness is everything north of Toronto’s Steeles Avenue. I was smart enough to know then and there I wasn’t in Kansas any more.

The coyote was spotted when Ron was landing that late afternoon. Wildlife on the runways, I was learning, is a common thing up north and can be a serious hazard. A few days earlier there was another coyote sighting. The company tug, a bonnet-less jeep, was promptly produced, and a dispatcher, three pilots and the aircraft groomer, all armed to the teeth, loaded up up and set out to do battle. The silhouette of the vehicle rolling up and down the runway, weapons pointing every direction, reminded me of a scene from Mogadishu.

For most of the pilots working there, that kind of thing was just business as usual. Most were from western Canada and rural life, guns, pickup trucks, big dogs, well, that’s just the way folks live. For me, well, I can feel the post-traumatic-stress yips coming on even now.

Somebody please get me a tall, non-fat, cappuccino.

"The first officer says he's got you in sight."
"Roger, the first officer's cleared for a visual approach runway 27 Right...you continue on that 180 heading and descend to three thousand."
-- Controller at Chicago's O'Hare Airport.